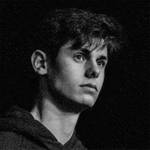 <p>Spacey is a little spaceship that runs on a kryptonite. This power is being delivered to two colossal engines allowing Spacey to break the limit of "schillion" kilometers per hour. Obviously kryptonite is not the only reason of its speed. Some say, its aerodynamically shaped front window is the "speedbreaker".</p><p>Spacey was created mainly to explore a Little Prince's asteroid B612, but it is also build to explore the deepness of your soul or bottoms of world oceans.</p><p>Steering is secured by "wingies" on both sides and on a tail of this&nbsp;magnificent ship.</p><p>80 mm cannon was installed to deal with some bad guys. It also can be hidden under 50 mm armored cover.</p><p>Spacey is obviously equipped with the most modern technology such as pneumatically adjustable seat inspired by road trucks from 50's and transparent dashboard display seen in early 70's Sci-Fi movies.</p>